These cities-within-the-city offer a small and very affluent community within 10 minutes of downtown Dallas. Separate fire, police and schools are but a few of the unique features of these communities. Because of these amenities, many families seek out this area of Dallas to raise their children. The highly acclaimed Highland Park Independent School District is consistently ranked as one of the most highly respected in the country.

Drive through the quiet, plush streets and you will see kids of all ages outside enjoying large front lawns and numerous parks in this ideal community. Careful, thoughtful zoning and city planning make this area some of Dallas’ most coveted real estate.

Highland Park Village, the first retail shopping center in the United States, is a landmark feature of the area with its Mediterranean architecture designed by Fooshee & Check, and houses the city’s most exclusive boutiques. Snider Plaza opened in University Park in 1927. Nearby NorthPark Center, developed by well-known Dallasite Raymond D. Nasher, has remained on the cutting edge of the retail shopping experience since 1965.

The Park Cities is also home to the Southern Methodist University campus. From well-respected theatre and dance programs and the artistic treasures of the on-campus museum, to thought-provoking lecture series and university sporting events, SMU offers many activities to the community.

Noted Dallas architects, who designed many of the churches and public buildings, also designed some of the significant homes in the Park Cities. In the 1920s, Hal Thomason designed the eclectic period mansions, which still exist on Armstrong, Bordeaux and Lakeside, and Anton Korn left his mark with many of the classical homes along Beverly Drive and Turtle Creek Boulevard. Mark Lemmon, credited with Highland Park United Methodist Church, Highland Park Presbyterian Church and Perkins Chapel, was a champion of historic styles, and architects like Richard Drummond Davis and Robbie Fusch still build many of these grand homes today. For spare modern architecture, individuals have turned to Howard R. Meyer, Bud Oglesby, Lionel Morrison and Max Levy. Lots are going for increasingly higher prices as builders keep reinterpreting the styles and features of homes to meet the needs of today’s homeowner.

Nearby Areas:
Just north and northwest of the Park Cities are the neighborhoods that make up Bluffview, which include Devonshire, Briarwood and Greenway Parks. Downtown Dallas is a short drive down the Tollway, and Oak Lawn, Turtle Creek and Uptown are just south along Preston Road. Love Field Airport is due west, and North Dallas/Preston Hollow is just on the other side of Northwest Highway. 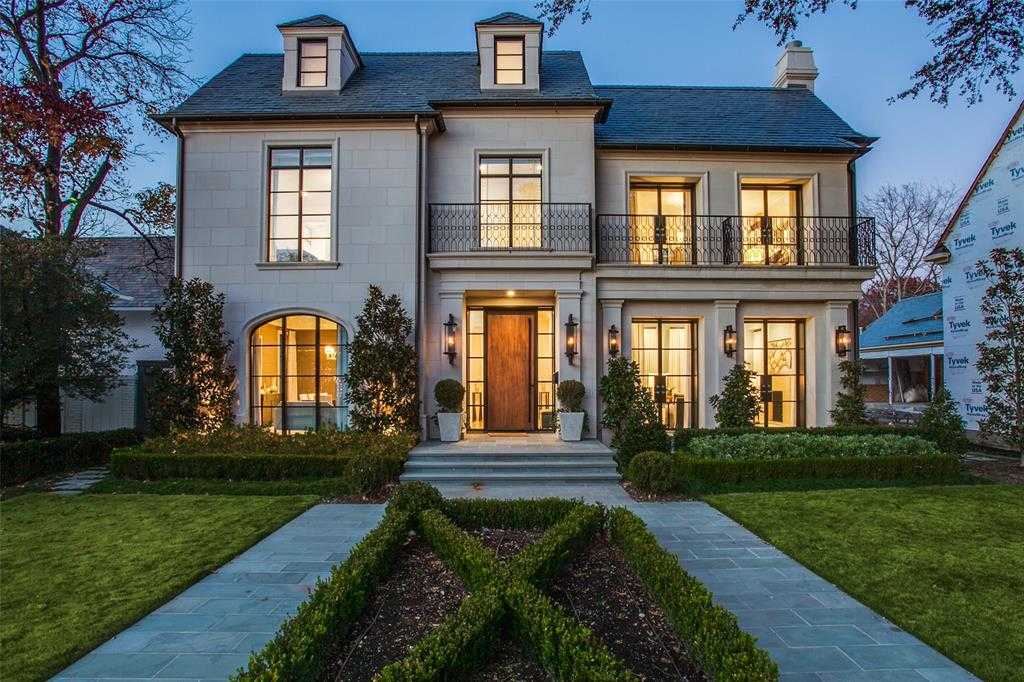 Open House
$6,200,000
6 Beds
8 Baths
10,282 SqFt
Status Active
MLS # 14453463
Property Type Single Family
Price Type --
Transitional masterpiece located on prestigious Beverly Dr is a designer2019;s show place, designed with luxury finishes & sophisticated details. The beautifully designed chef's kitchen is open to the family room with stackable doors that bring the outdoors in. The serene courtyard has phantom screens and radiant ceiling heaters for a true year round experience. Luxury features include a phantom lift to basement, 8 car garage or multi purpose space. The spa like primary bath has dual rain heads, body sprays, heated towel racks and his and hers spacious luxury closets. A unique oversized flex space is located on the 3rd floor and could be a game room or bedroom with bath & walk-in closet. INCREDIBLE DEAL IN HP!!
View Property 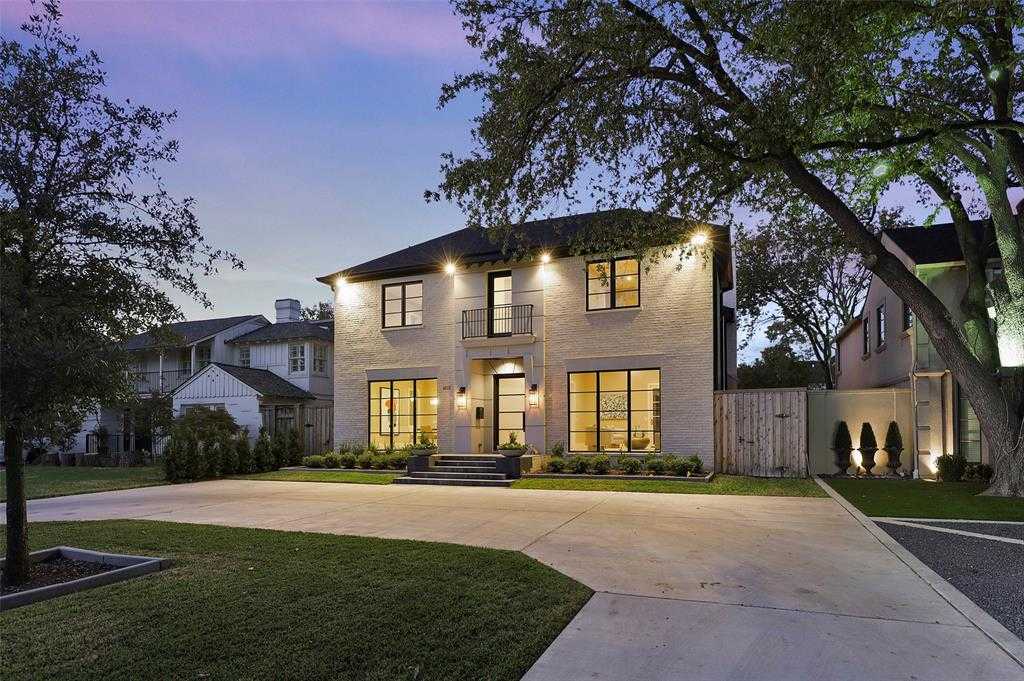 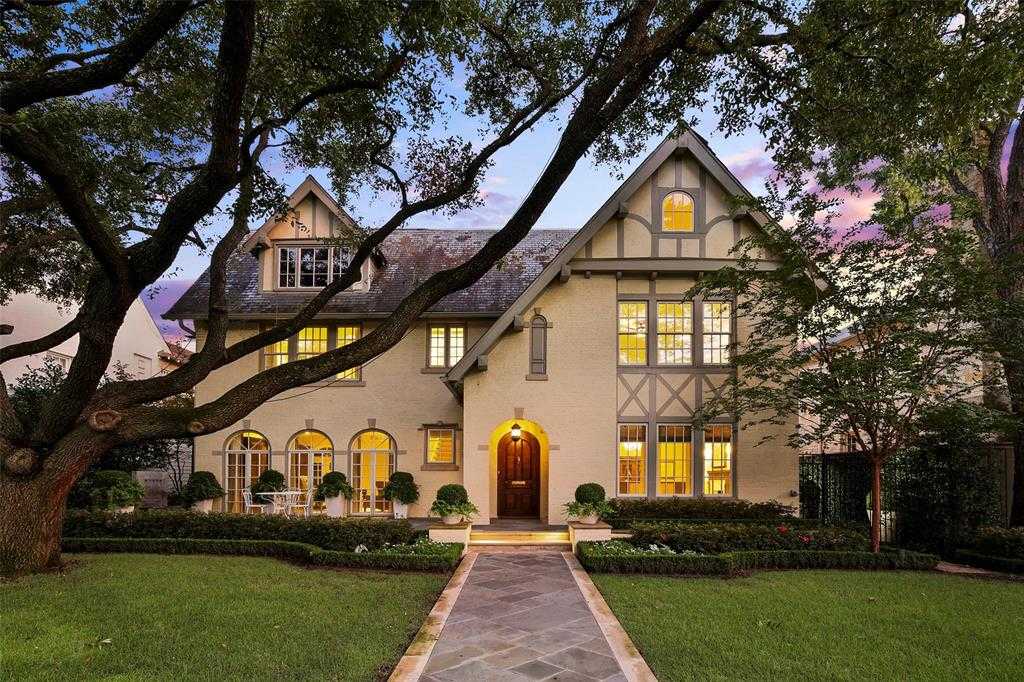 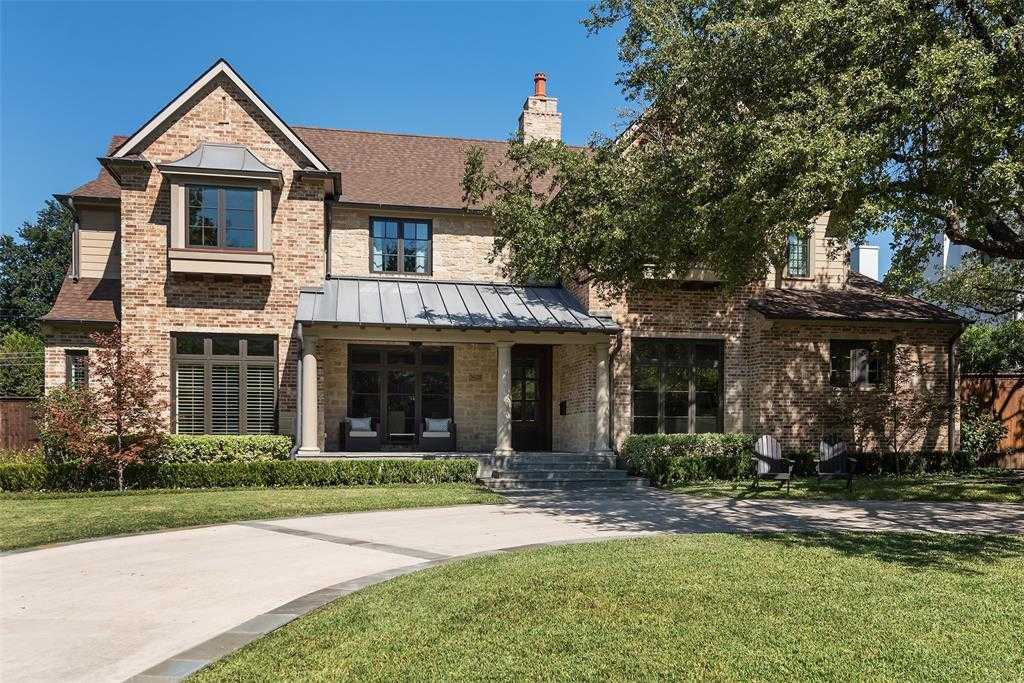 Open House
$2,495,000
4 Beds
4.5 Baths
4,057 SqFt
Status Active
MLS # 14497822
Property Type Single Family
Price Type --
Completely rebulit and expanded home in Greenway Parks! Situated on a 100x140 ft lot that backs to the Greenbelt space. This home is an entertainers dream! Large open floorplan with high ceilings throughout. From the second you walk in the front door, you will be able to imagine yourself hosting grandiose gatherings! Floor to ceiling picture windows on the back of the home allow for great natural light, and impressive views of the park space. The kitchen has a huge waterfall island, and high end commercial grade appliances. The Master Bedroom has a spa like bath with a huge separate shoiwer and closet. Relax on the attached covered porch with a wood burning fireplace, and an outdoor kitchen!
View Property 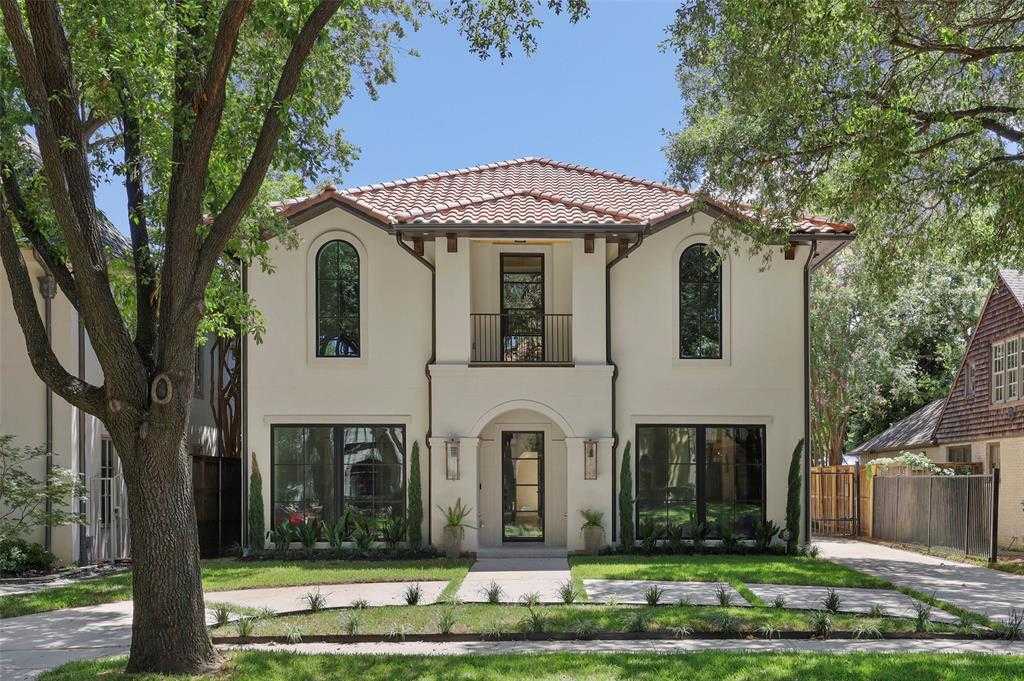 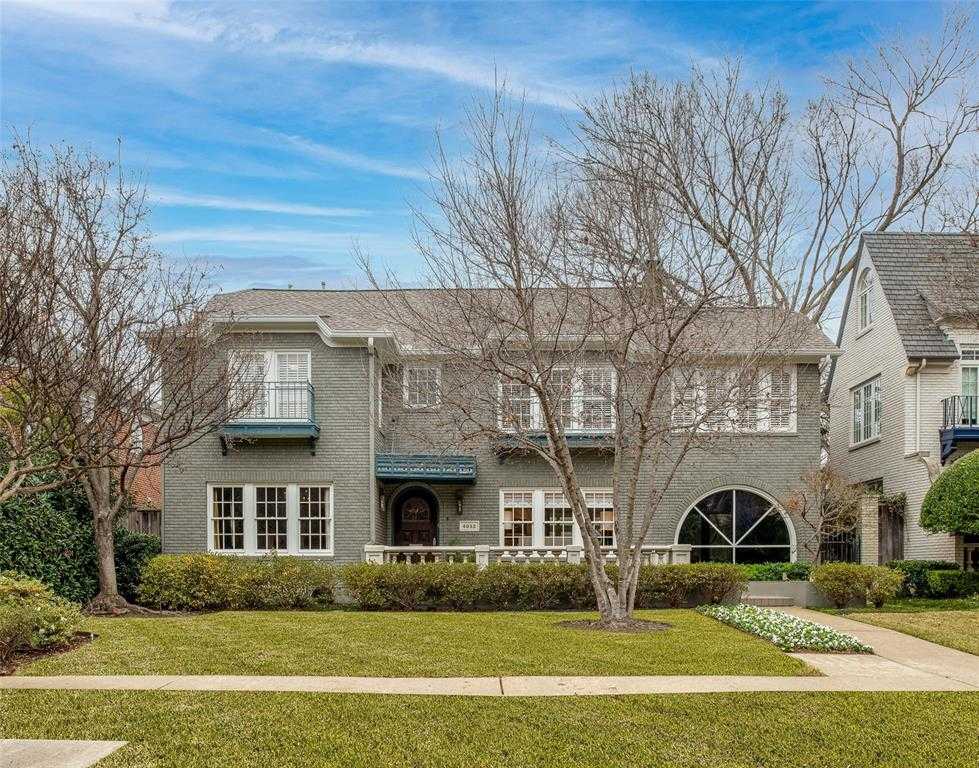 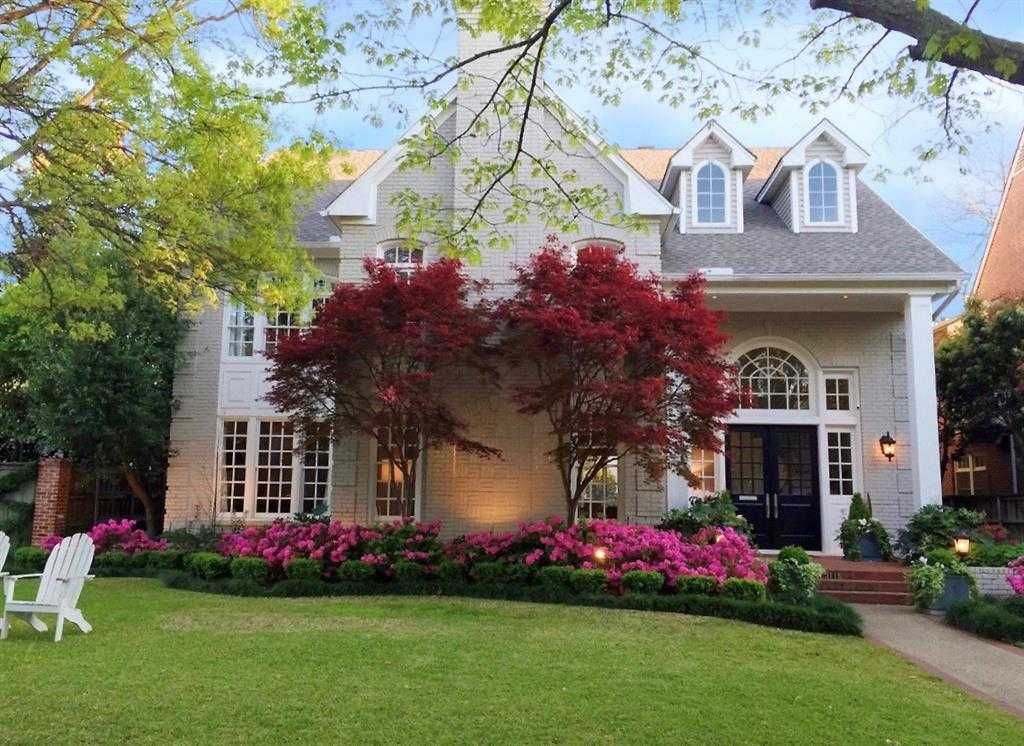 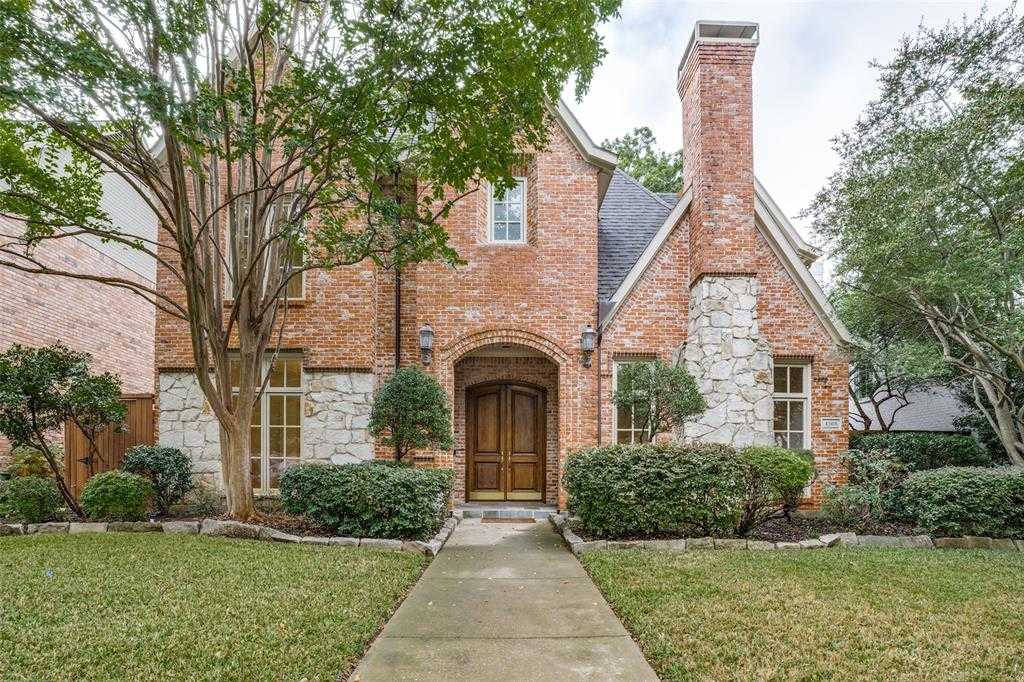 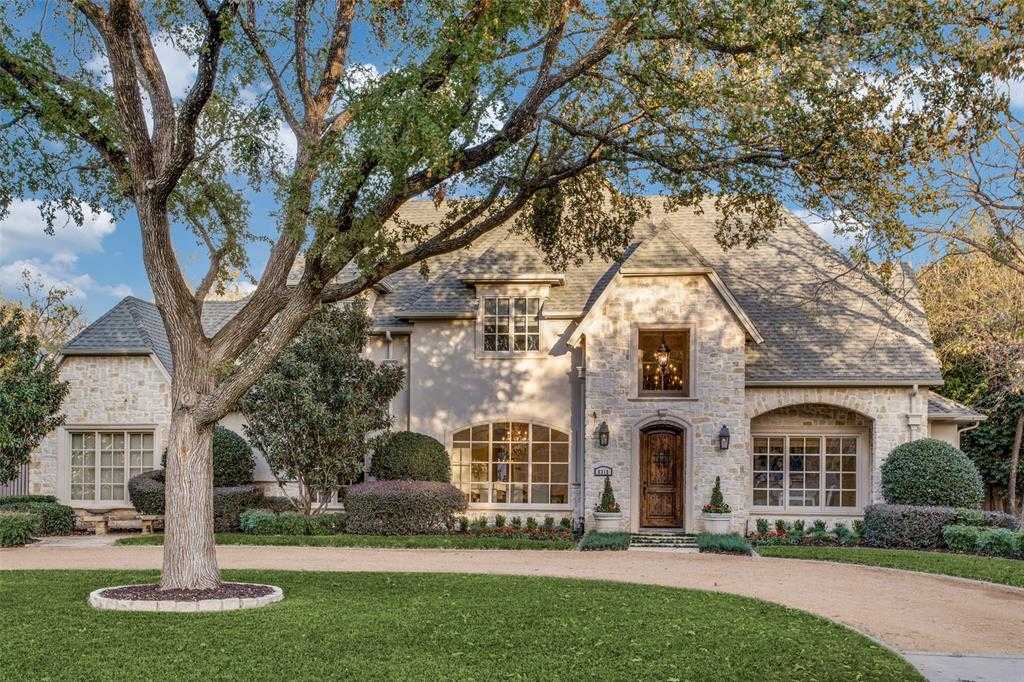 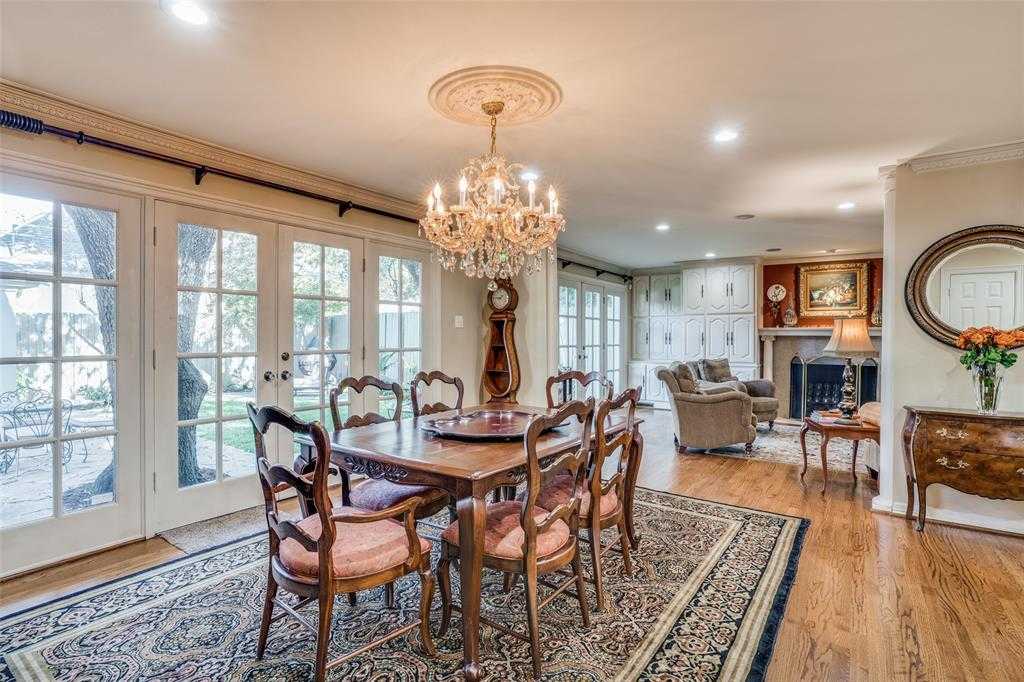 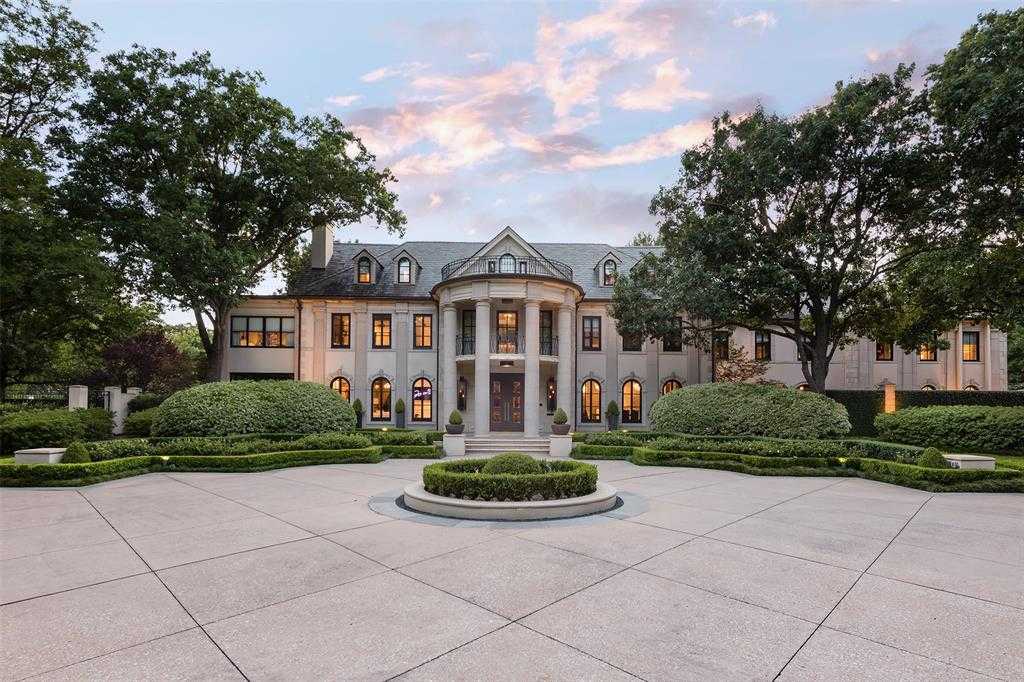 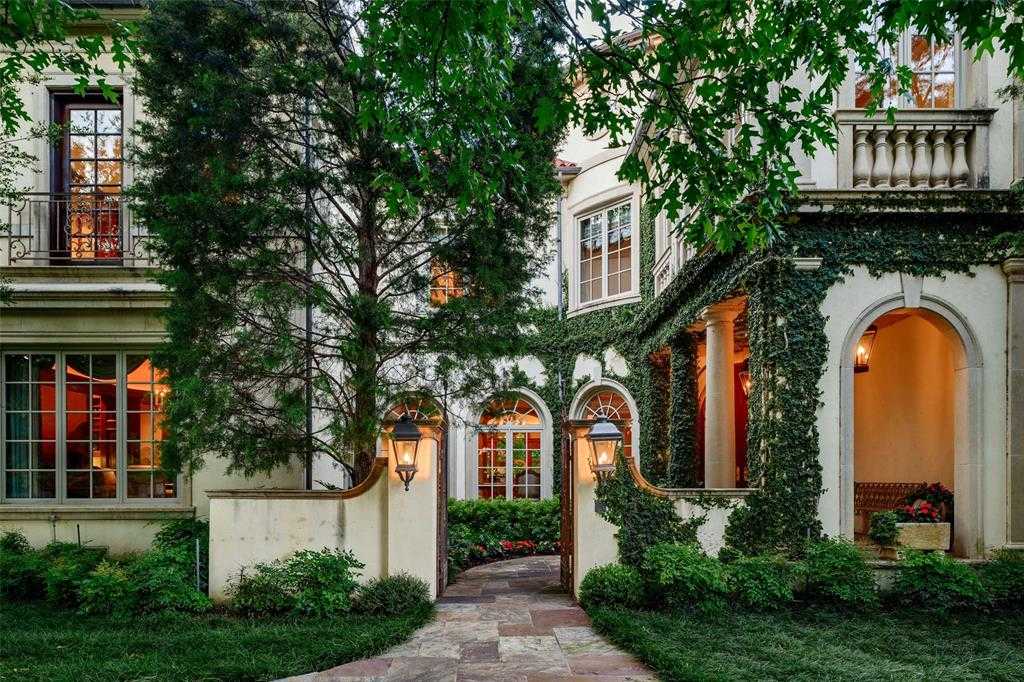 $19,500,000
4 Beds
7 Baths
11,702 SqFt
Status Active
MLS # 14300031
Property Type Single Family
Price Type --
One of the most beautiful and coveted properties in the exclusive neighborhood of Highland Park is now available for the first time in 80 years. The land was originally purchased in 1939 and the first home constructed in 1940. The current home, built in 1997, is owned by the grandson of the original owners. Designed by Richard Drummond Davis and built by John Sebastian, the finest quality workmanship and materials are evident throughout. The 1.6 acre lot is a rare find and provides heavily treed and beautifully landscaped grounds as a perfect extension to the exquisite living and entertaining areas of the home.
View Property 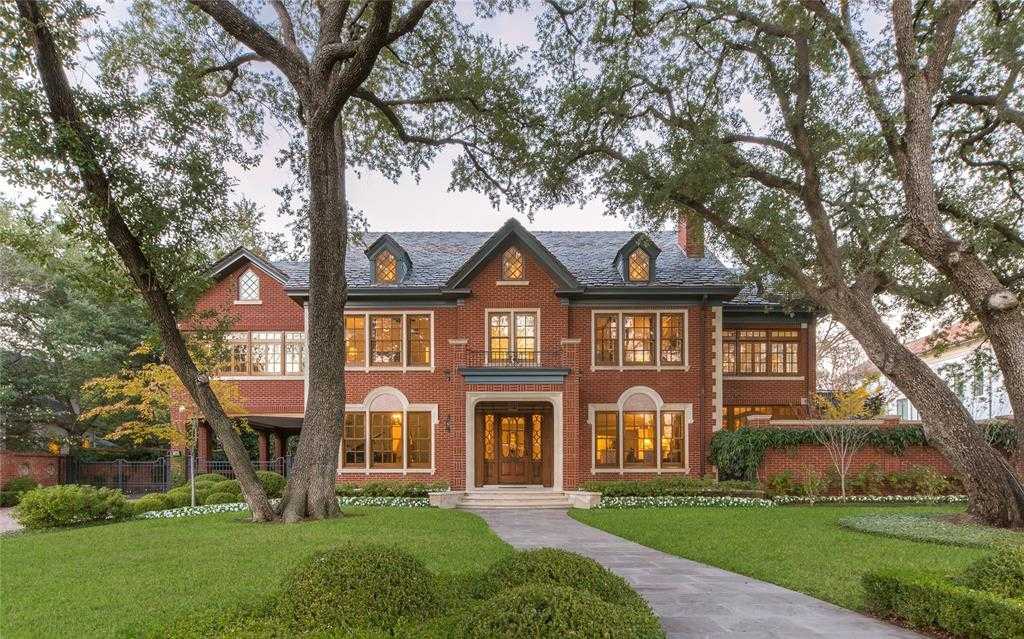 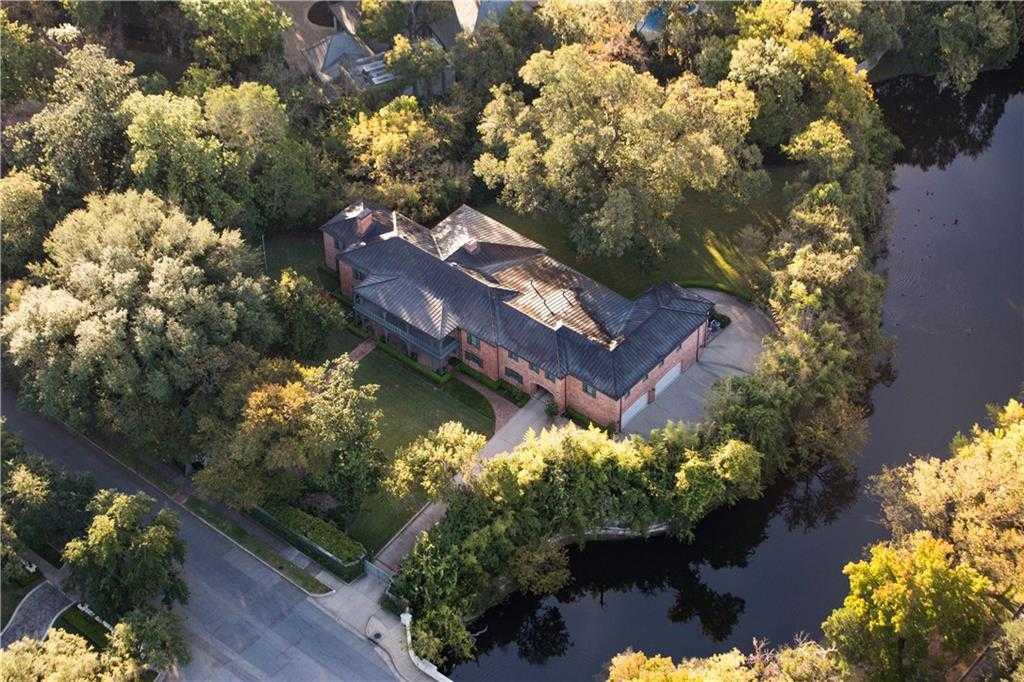 $12,700,000
5 Beds
7 Baths
8,331 SqFt
Status Active
MLS # 13717628
Property Type Single Family
Price Type --
Majestic trees tower over more than one & a half acres of green space & an estate that marks entry to the Town of Highland Park. For the first time in over a century, this coveted setting next to legendary Turtle Creek and Hackberry Creek is offered on the residential market. Traditional in appeal, the 8,331 square foot home hallmark is the custom wrought iron balustrade, framing the front entry and veranda. The paneled kitchen is equipped as an estate should be. Luxury living continues on the second level, also reached by elevator. Master suite has his & hers master baths w jet tub, walk in showers, makeup area & room-size closets plus access to the upstairs balcony overlooking the expansive grounds.
View Property 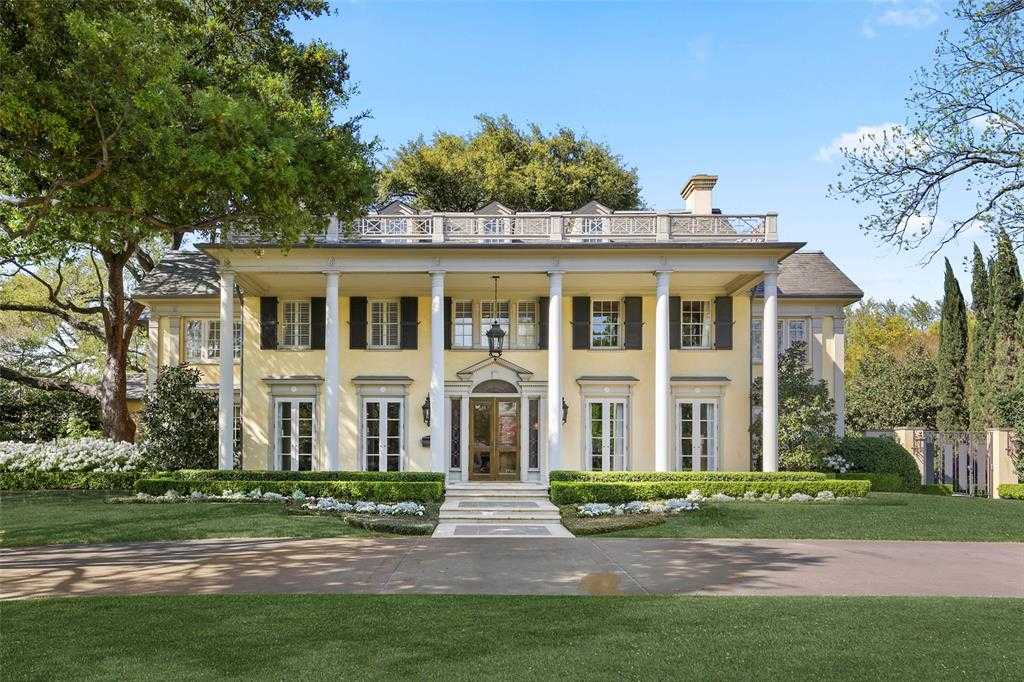 New
$11,495,000
4 Beds
8 Baths
8,938 SqFt
Status Active
MLS # 14498128
Property Type Single Family
Price Type --
Historical Neoclassical Estate on the prestigious Beverly Drive with .84 acres. This Hal Thompson treasure, built in 1922 and updated in 2000 by Cole Smith was designed for entertaining. The estate boast gorgeous formals with fireplaces, a card room, two offices, a wine room and wet bar. The spacious kitchen with double islands and breakfast bar opens to the family room with beamed ceilings and French doors overlooking the pool and backyard. One of a kind amenities include the pool Cabana, Outdoor Kitchen with Pizza Oven, Carriage house above the four car garage, sport court and exercise room.
View Property 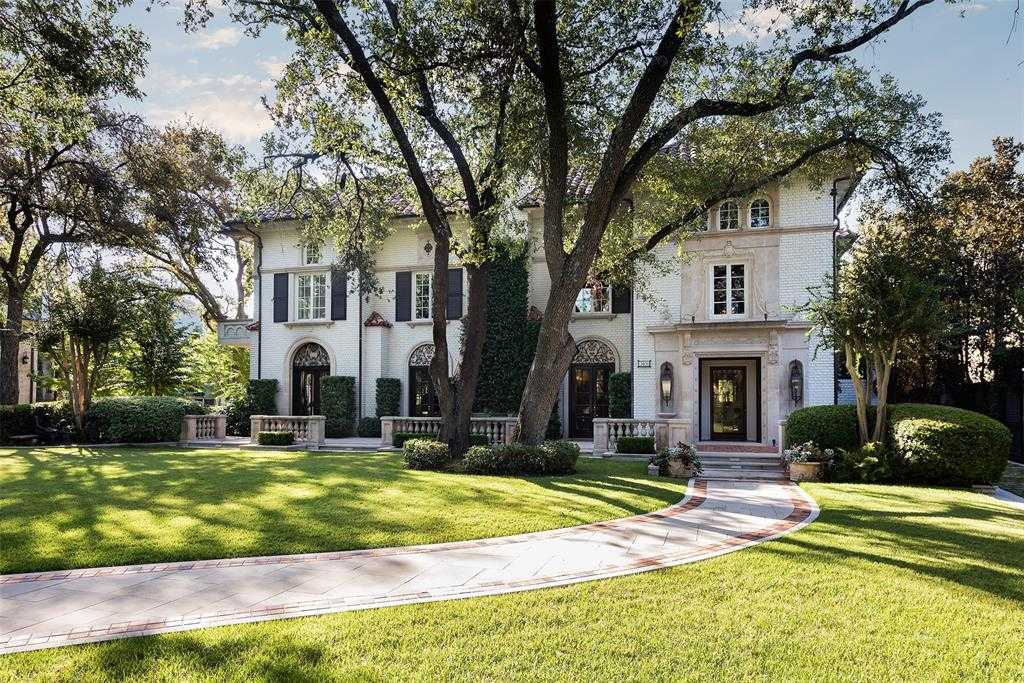 $9,995,000
6 Beds
8 Baths
12,834 SqFt
Status Active
MLS # 14457936
Property Type Single Family
Price Type --
A collaboration between famous architect Hal Thompson and world renowned woodcarver-Peter Mansbendel. This house, like The Mansion on Turtle Creek, is a treasure trove of hand carved doors, leaded glass windows, and cast stone masterpieces. After a 30 month, $6m renovation, the house was expanded to almost 13,000 sqft including 4000 sqft of tiered living space underground. A sunken patio & a fountain pool are just some of the many elegant additions that adorn this fabulous masterpiece. Recognized as one of the most architecturally significant homes in all of Dallas, it incorporates an underground wine room with 18 ft ceilings, a glorious bar & entertainment area, media room & a gymnasium all below ground.
View Property 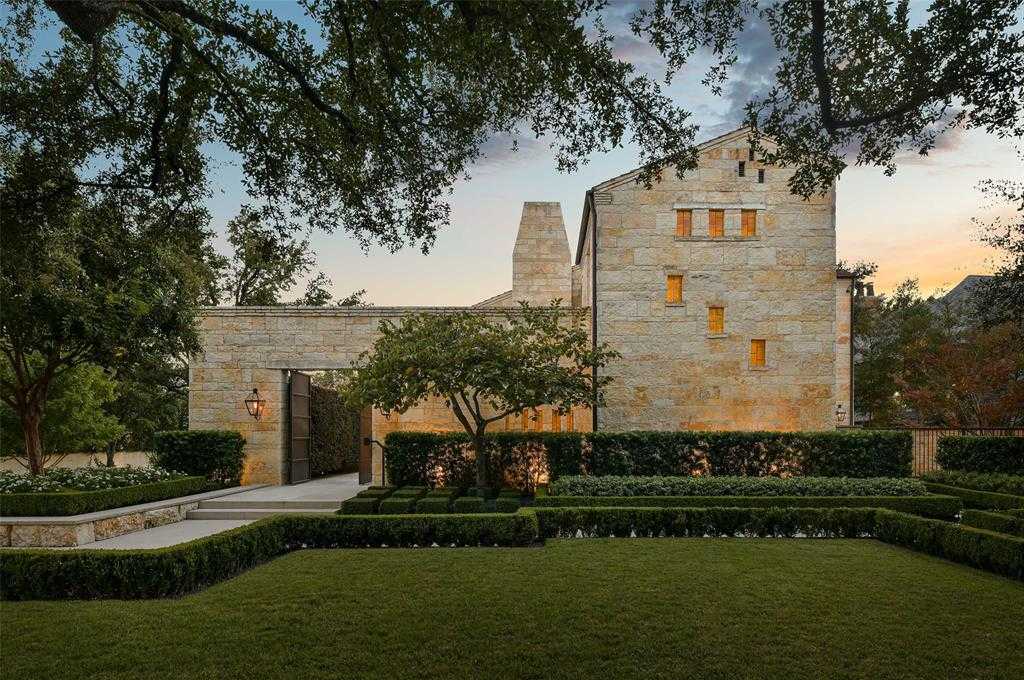 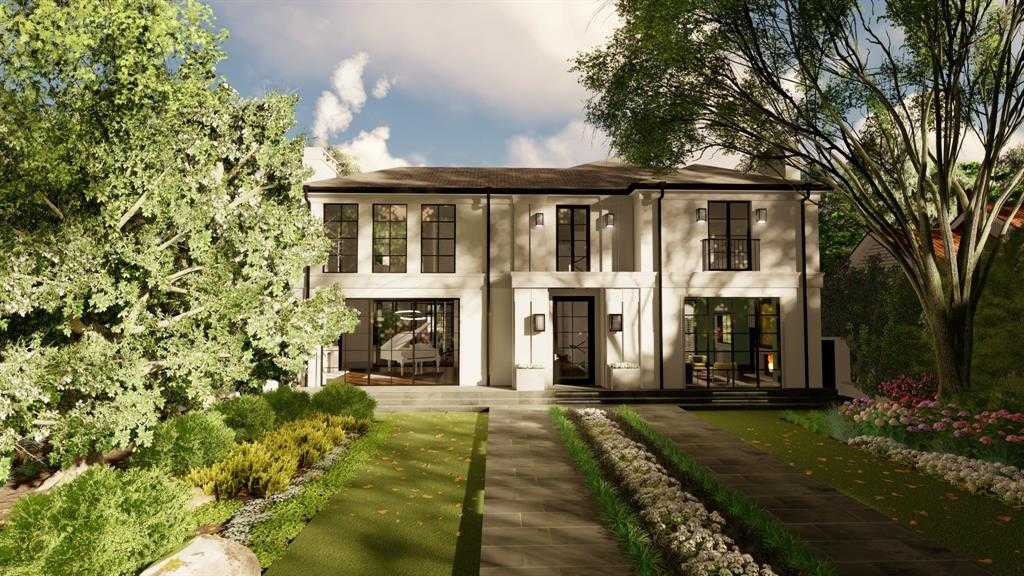 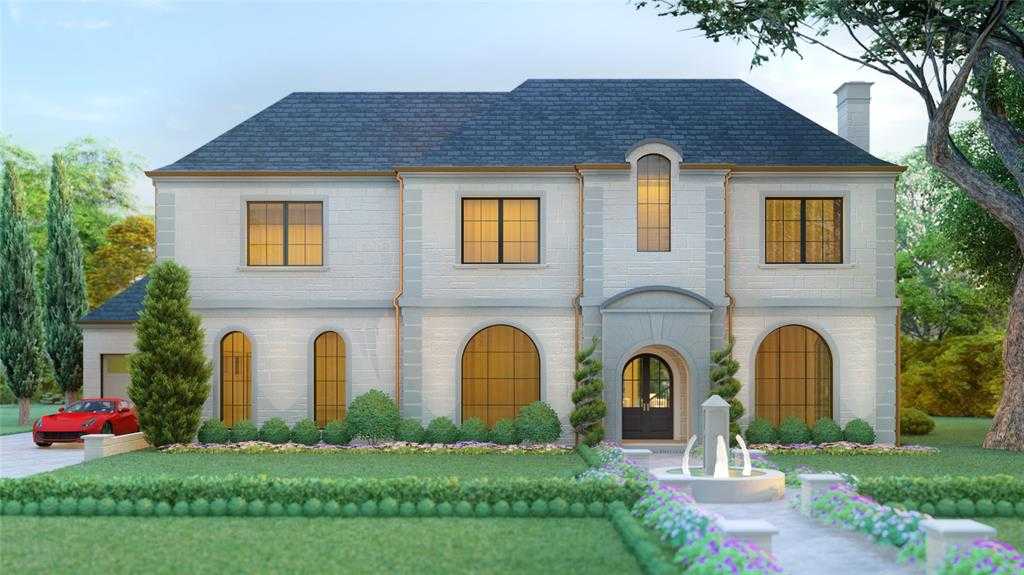 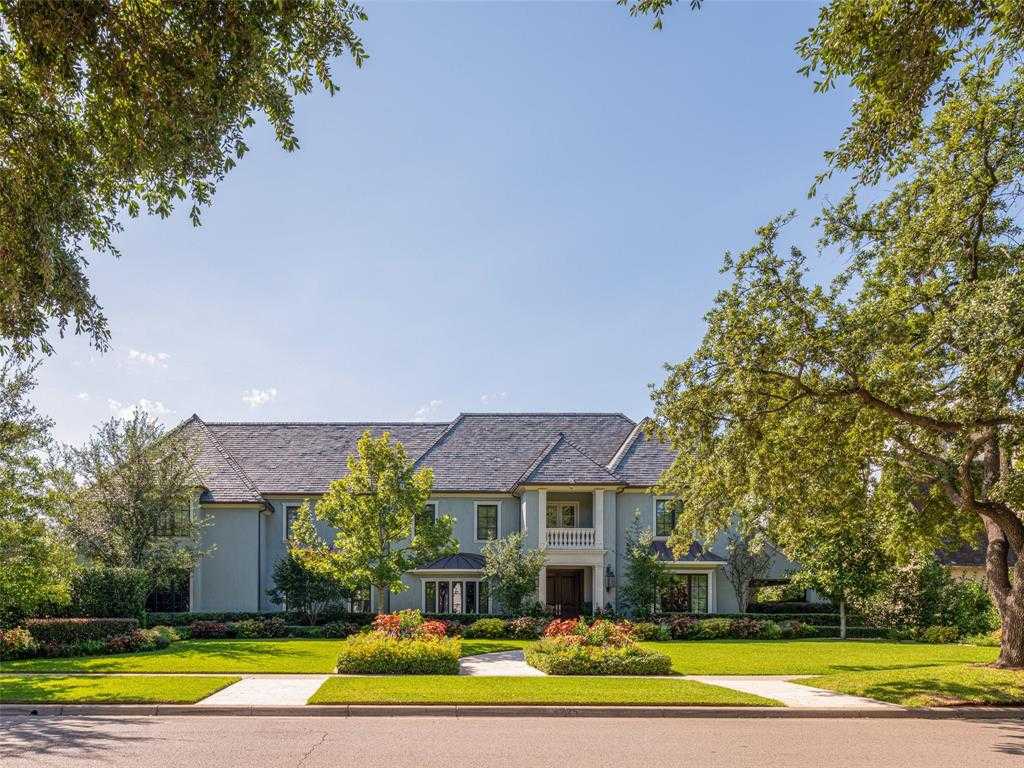 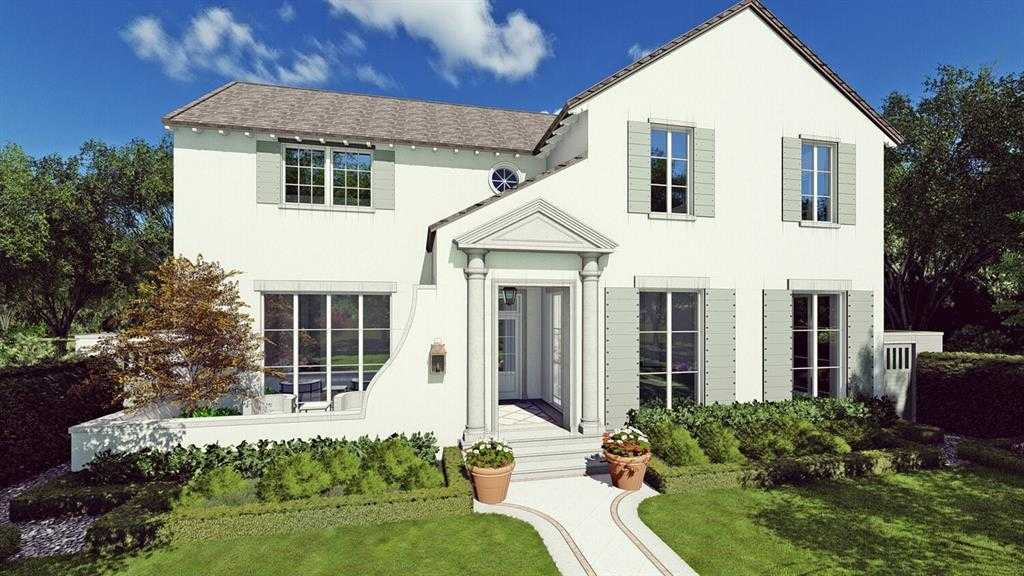 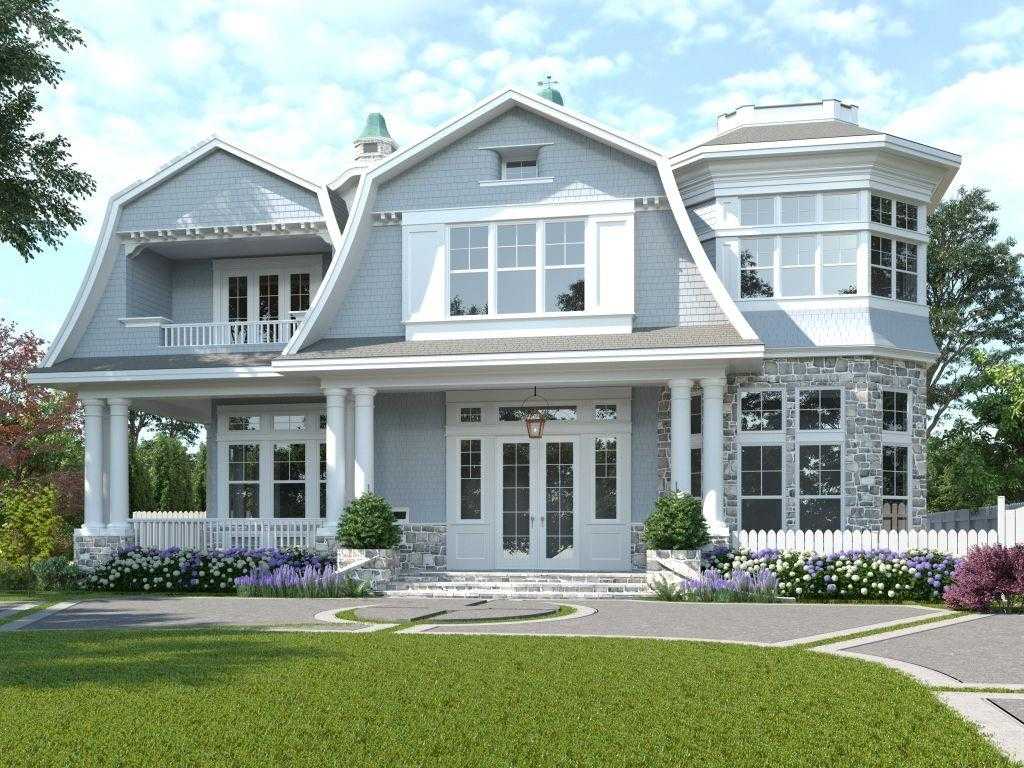